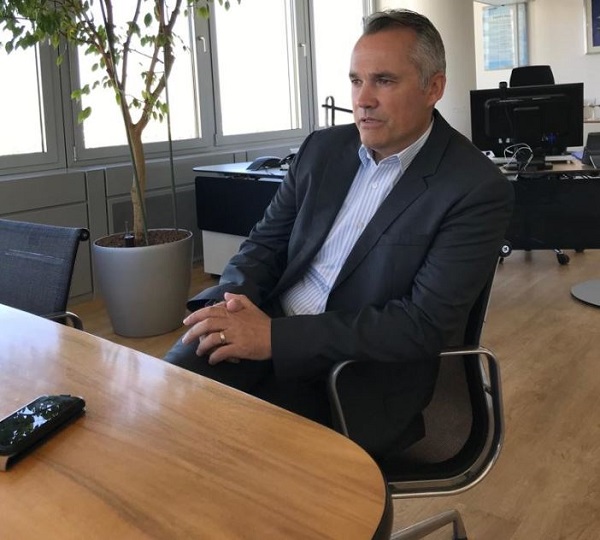 Date:
26-09-2018
Short content:
Thomas Hoffmann talks about achievments and challenges during his time as COOPANS Alliance Board Chairman.
Long content:

When you look back at your chairmanship of the COOPANS Alliance Board – what were the main milestones during that time?

If we look back the last three years, we achieved a lot and made big steps forward in the operational performance of the TopSky system and the COOPANS Alliance. We are following the roadmap coming from SESAR and were able to implement all the functionalities in time, which is good! But of course the biggest achievement was the integration of NAV Portugal as member number six. When everything works fine, NAV Portugal will be online with the COOPANS system in two years from now. COOPANS will then be the biggest virtual ANSP in Europe, looking at the controlled flights per year. More than 4 million flights controlled by six ANSPs and with NAV Portugal then 8 ACCs across Europe using the same software build. That’s unique in the world and obviously the biggest achievement of my period as COOPANS AB Chairman.

You mentioned NAV Portugal – where do you see the future of COOPANS. Should the alliance continue to grow or is the current size, with 6 members, just about right?

I personally think, when you look at the process of Single European Sky in terms of harmonization and interoperability, further growth is a good thing. Because if you grow as COOPANS Alliance you make sure, that even more ANSPs and ACCs follow the same system approach, which would obviously promote the idea of SESAR and the ATM Masterplan. In that regard, I also have to mention another important milestone for COOPANs, being awarded the Single European Sky Award by the European Commission in 2016.

So yes, further growth is to be expected and would be appreciated, but of course this would require evolving the Alliance, concerning the business model and the governance. Because if you add further members, you add complexity and then you probably need different solutions compared to now. Right now everything is consensus based, every ANSP, every member has the same duties and rights and a lot of resources from all organisations are necessary, to keep the whole thing running. If we grow further, we will need a more businesslike approach and to act like a company. To make sure decisions are being made and that a certain level of efficiency is being sustained in order to follow the pace of European regulations.

We have just seen a summer with substantial air traffic increases and the European aviation system struggling to provide required capacities – is there a role for COOPANS, to help facilitate the situation in the future?

Well this summer as Austro Control we did. There were significant capacity issues in the German and Dutch airspace in Karlsruhe and Maastricht for example but also in France and the London area. Since we are an adjacent unit to Karlsruhe and Munich we were at least able to cover to some extent the capacity constraints from our neighbours.  But if you look back at the traffic growth in Austrian airspace over the last five years, it also was quite a challenge for us, we are talking about 28% growth, and that’s not so easy to handle. So the new TopSky functionalities in place compared to the old system are really helping us, especially when you look at the safety case. We have an excellent safety performance over the last years, despite the fact we have significant weather impact, despite the capacity issues and also despite more complexity with our neighbouring countries with increased traffic and more vertical movements. So COOPANS and the TopSky system have helped a lot, but in the end we probably need new functionalities coming from more automation, big data and artificial intelligence to ensure that the European aviation system can efficiently handle future growth.

Final question, what are your wishes for your successor and the COOPANS Alliance. And also, what are your personal plans for the future - will you stay in aviation?

I am extremely pleased because I know, that I am handing over to a well-functioning team and organisation. The COOPANS Alliance Board worked well over the last 5 years, since I was participating.  So it’s a good feeling to hand things over and I wish them all the best in following the road we have chosen. There are challenges ahead, as I mentioned the NAV Portugal integration, looking for further members, making sure that we meet the requirements coming from SESAR, contributing to European aviation system, to help cope with further traffic growth and also the transition into automatization and digitization. So I am sure it won’t be boring for my colleagues!

For my personal future I will have the opportunity to at least have a slight look at what will happen from the outside world and we will see next year, if there will be any interface to COOPANS or not.