Goodbye to a strong COOPANS voice 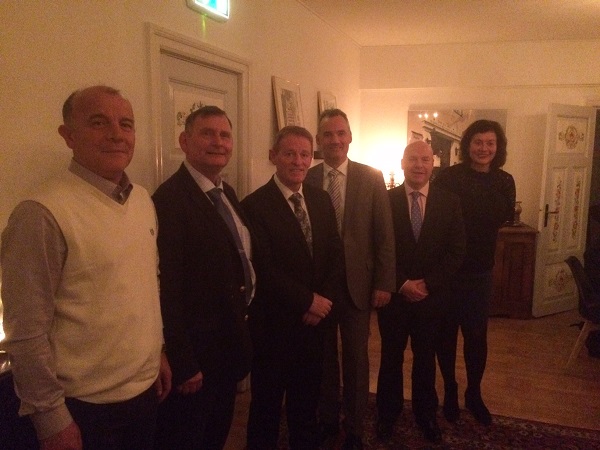 Date:
29-11-2017
Short content:
One of the COOPANS founding fathers, former IAA Chief Executive Officer Eamonn Brennan, was honored by his colleagues when he bid farewell to COOPANS at a dinner in Copenhagen this week.
Long content:

Mr. Brennan has resigned from his position in IAA and his membership of COOPANS Alliance Board and will take over the position as Director General in Eurocontrol from 1. January.

Together with Thomas Allard, LFV, and Morten Dambaek, Naviair, Mr. Brennan signed the agreement in 2006 between IAA, LFV and Naviair to establish the COOPANS Alliance. Since then Mr. Brennan has played an important role in developing COOPANS to the size and importance the alliance has today.

At the dinner COOPANS also said goodbye to Mr. Stig Brandwold, who retires from his position as Program Manager in COOPANS Alliance.