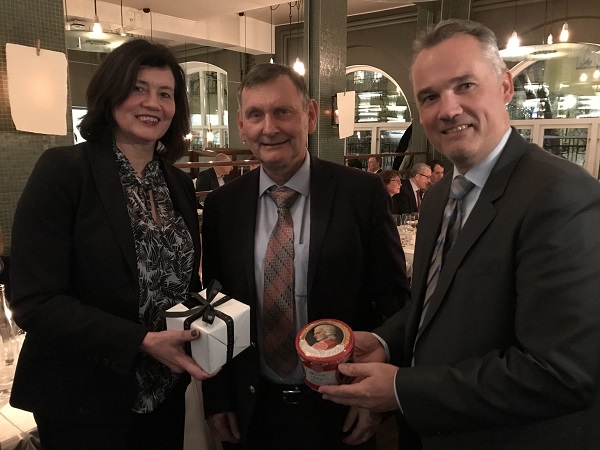 At the meeting AB Chairman Thomas Hoffmann together with LFV Director General Ann Persson Grivas took the opportunity to honor Morten Dambaek, as he will retire as CEO at Naviair after 17 years and this was his last AB meeting. Morten Dambaek was one of the founding fathers of COOPANS and for over a decade has played a vital role in moving the alliance forward.

In addition, he also was the longstanding Chairman of the COOPANS Alliance Board for many years. Morten Dambaek will be followed by Carsten Fich, as new CEO at Naviair on May 1, 2018.