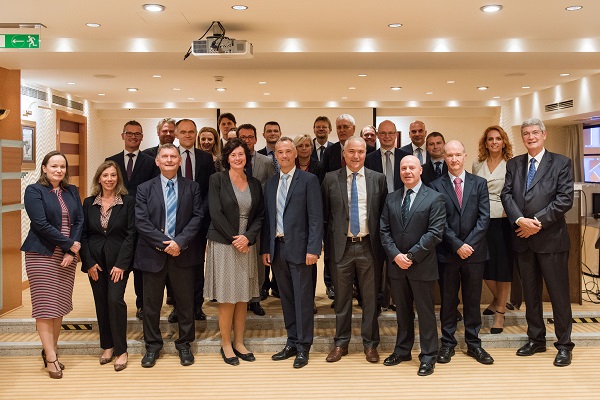 Date:
20-09-2017
Short content:
Croatia Control hosted a COOPANS Alliance Board meeting which was held in Zagreb on 19th and 20th September 2017. Among the topics discussed were further cooperation strategies and common EU activities.
Long content:

Their attendance at the event is a sign of major support to the unique partnership of air navigation service providers and Thales as the supplier. The COOPANS Alliance, a leading example of European industrial partnership and cooperation, was awarded the Single European Sky Award 2016 by the European Commission in March 2016.

COOPANS members have a harmonized air traffic management system which is upgraded in line with technological development, normally twice a year, thus contributing to a significant cost reduction. In cooperation with Thales, the chosen industry supplier, the COOPANS members implement identical software in all area control centers in five states.

COOPANS’ advantage for airlines lies in, inter alia, the saving of costs and the overall compliance with the implementation rules and international standards, thus guaranteeing safety, cost-efficiency and ecologically acceptable air traffic management.